The Salvinia effect is based on the combination of hydrophobic pillars with hydrophilic tips at the surface enables the preservation of an air layer when submerged in water.

Due to the lower viscosity of air in comparison to water (approx. 50 times at ambient conditions) a reduction in skin friction occurs when overflowed by water.

The design of the surface structure (size and geometry) and its chemical surface properties (contact angle) strongly influence the air retainment capacity and the drag reduction. This is investigated by experiments and numerical simulations. 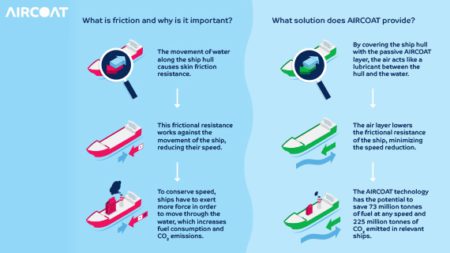 Different experimental approaches are applied to quantify the drag reduction and to investigate the air retainment. The applied methods allow testing of different sample sizes at different Reynolds numbers. 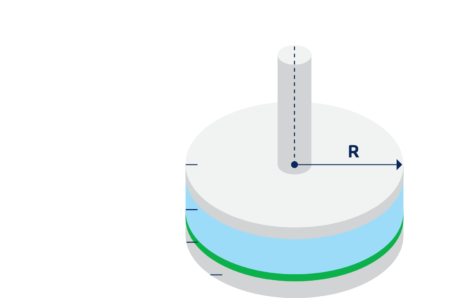 The goal here is to determine an actual velocity profile normal to the AIRCOAT surface. The laboratory experiment is being run by Fraunhofer Center for Maritime
Logistics and Services CML.

To properly gather the information on the velocity profile CML had to establish a stationary water flow in the measurement section. The tank is designed to reach a maximum flow velocity of 0.5 m/s. 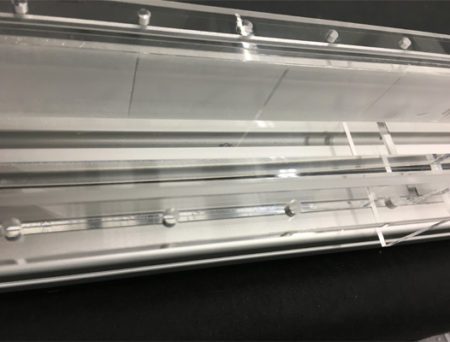 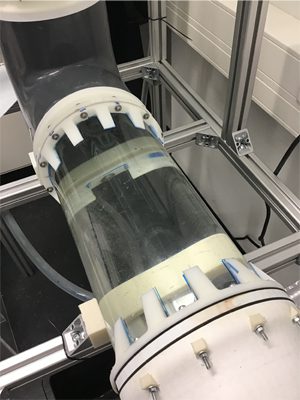 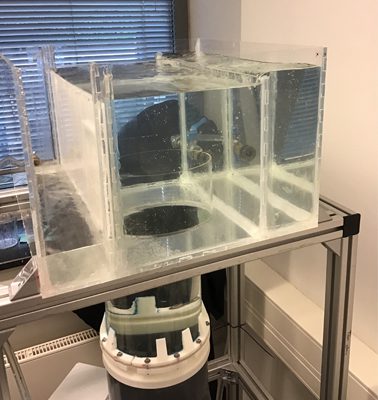 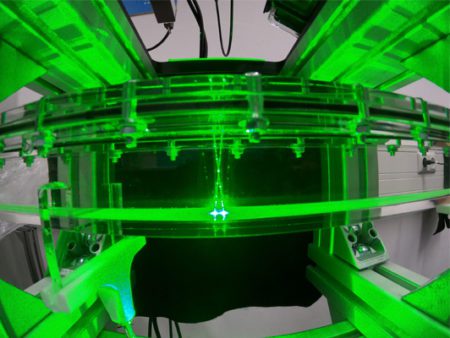 How does it work?

The back of the test section is removed and is coated with AIRCOAT.

Two lasers are crossed within the test section of the flow channel. A particle crossing the intersection, also called the measurement volume, can be detected by the receiving lens. Based on the Doppler effect the velocity of the crossing particle can be detected and is recorded.

Laser Doppler Velocimeter show high accuracy and a spatial resolution down to a few micro metre. 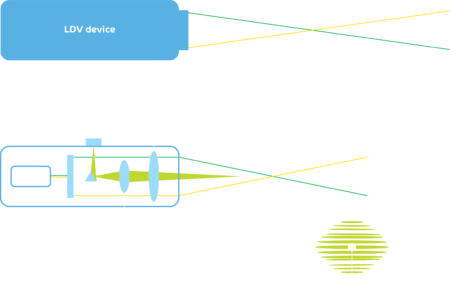 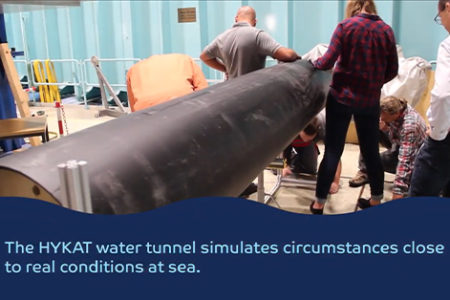 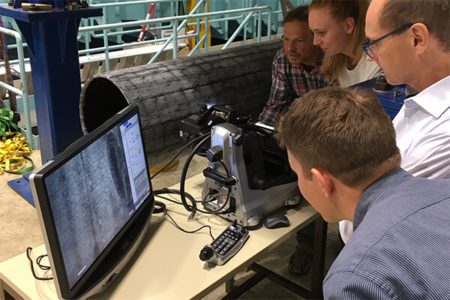 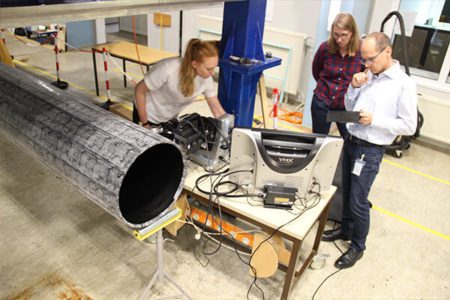 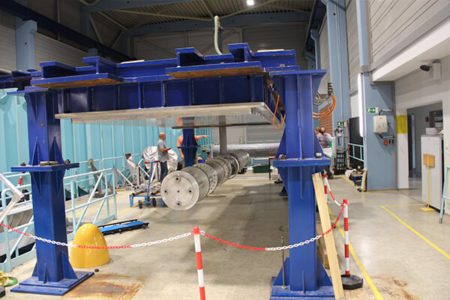 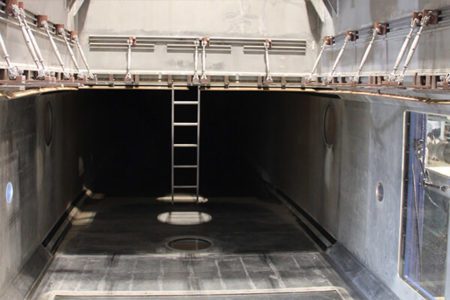 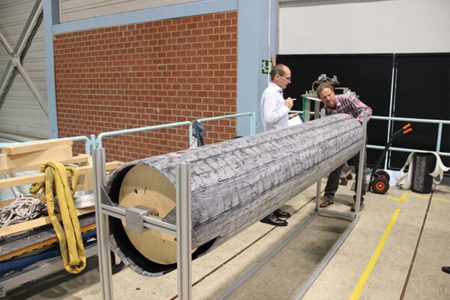 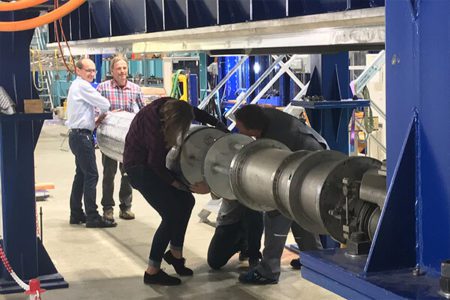 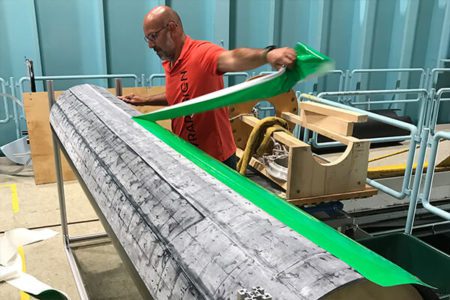 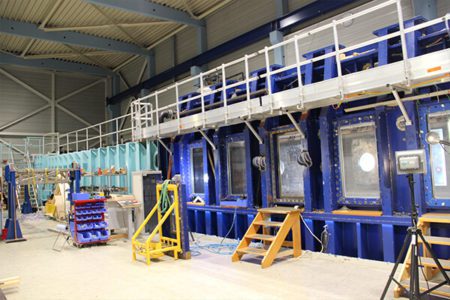 The water speed went up to 10 m/s in order to measure the effect of air degradation by degassed water and regeneration of the air layer in
saturated water.

Optical techniques have been used to visualise the air trapping effect and the fluid flow and investigate the boundary layer.

These experiments allowed us to observe the importance of the protection layer during the application of the AIRCOAT structure and the air retaining properties of the structure of the first prototypes.

In a next step, drag measurements are planned to investigate the drag reduction effect in a near-operational environment. 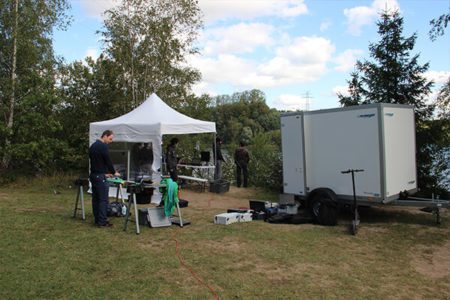 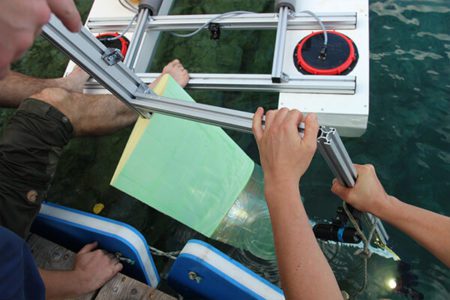 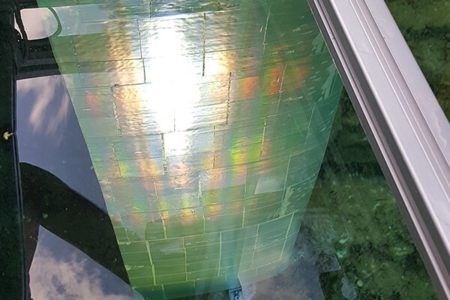 An air layer quantification and monitoring test was lead by CML in 2020. A device was built to a fixed light source with a camera under different defined angles. The results from the tests were used to better observe a foil coated with AIRCOAT in an open water test. The team observed and were able to evaluate the presence of an air layer. 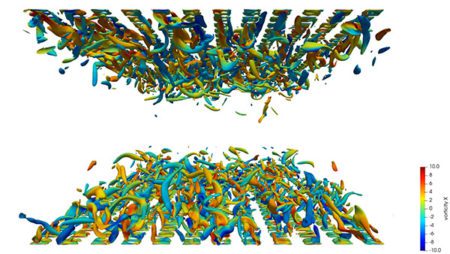 The effect of different structure designs has been investigated in a one-phase fully developed turbulent channel flow. The effect of the air keeping surface has been modelled by different approaches.

These simulations are lead by BIC – Biomimetics-Innovation-Centre, Bremen University of Applied Sciences 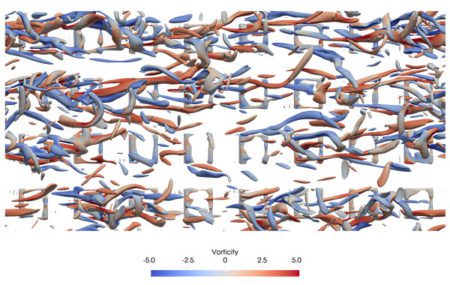 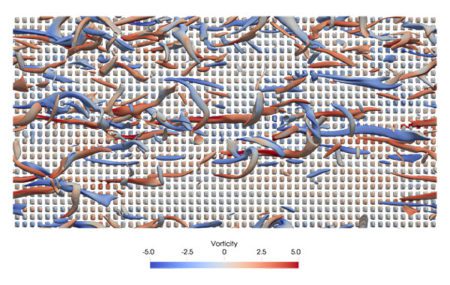 RANS simulations: with this method the drag reduction for a complete vessel at high Reynolds numbers (ratio of inertial forces to viscous forces) can be calculated. Based on the findings of the DNS simulations, boundary conditions / wall functions are developed to model the effect of the air layer.